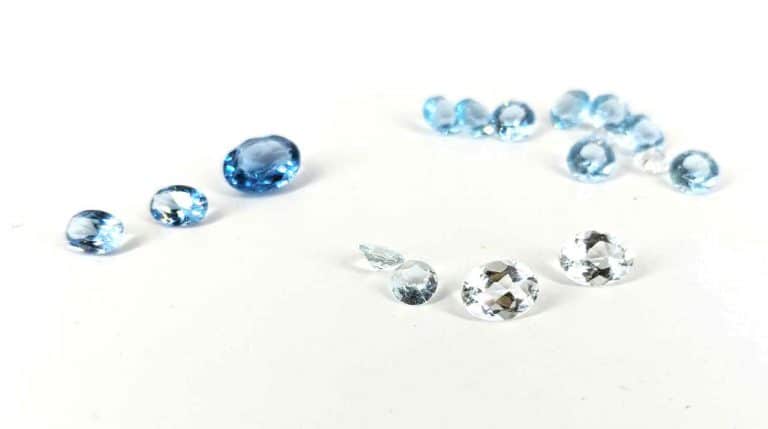 Aquamarine is part of the beryl group of gemstones, and these Pale Blue gems are some of the most favoured and more expensive of the coloured gemstones. A wide variety of colours are represented right through from colourless to black and the stones obtained are often large in size and free from flaws.

Nearly all this material is heat treated to bring out the desired colour by removing the green and yellow tones, and the colour obtained is permanent.

The characteristic inclusions in beryl consist of long hollow tubes, sometimes filled with liquid. The tubes tend to be parallel and run the length of the crystals. Often they are brownish in colour and may contain gas bubbles. Healing Cracks.

Negative crystals are also seen as well as flat inclusions that have a metallic appearance.

Aquamarine, as well as having the above, may also contain crystals of biotite, rutile, pyrite, haematite, and sometimes skeletal crystals that, if in abundance, allows the cutting of star beryls.