The Artisan Store Fremantle in conjunction with Fremantle BID and Silverleaf Investments is hosting its first annual Art Awards.

2018 TASF Art Awards is to promote emerging and established Western Australian artists from all mediums. An art event that will be encompassing of all things Fremantle as an arts community represents. All artwork is for sale and People’s Choice Award opening for voting throughout the exhibition.

The call for entries have now closed for 2018.

Ross Potter, Ross is a Fremantle based artist, working from his studio based at the J Shed in Fremantle’s iconic West End.

Greg James Greg works from his Sculpture Studio and Gallery at J Shed in the Bathers’ Beach Arts Precinct Fremantle. His numerous public sculptures have become well known landmarks throughout Fremantle and Perth.

Garth Cook  Garth’s creative path originated as a fine jewellery designer then merged into fashion. Garth is an award winning fashion designer with numerous highly coveted collections to his name

Anneke Ivatts, Anneke is a local jeweller and jewellery designer who originally studied in the Netherlands before finding her home in Fremantle and

Stuart Penny , Stuart has been a local Fremantle artist since 1987, he is an international award winning jeweller, Stuart has been commissioned to design collections for retailers all around the world.

Liz Dawes designs for her label, cocoon textiles, her collections are wholesaled and retailed Australia wide and

Silvia Genoni born in Italy and raised in Switzerland where she set up her own workshop, designing custom clothes, specialising in particular in leather and suede clothing, using the finest Italian hides.

Silvia now lives in Fremantle and paints as her creative outlet

Seng Mah Seng is owner and lead instructor at Venture Photography Workshops and Tours. He has a rich background in teaching and mentoring. He is also an award-winning photographer and an accredited professional photographer

Peter Zuvela  has held several solo shows, exhibited in a large number of group shows and worked as a freelance photographer/artist and teacher from the J Shed Art Studio on Bathers Beach in Fremantle WA. As well as being a photographer he is the Art Studio Manager of J Shed Art Studio, which has completed over 50 Public art projects, the most noted being the Yagan Memorial in Upper Swan.

Steve Grant is the Chief of Staff at the Fremantle Herald. He has been a journalist for 35 years and is an award-winning photographer in his own right 2D HC Andy Kent – Where’s that again? (before the storm), 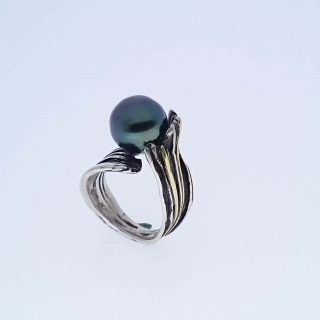